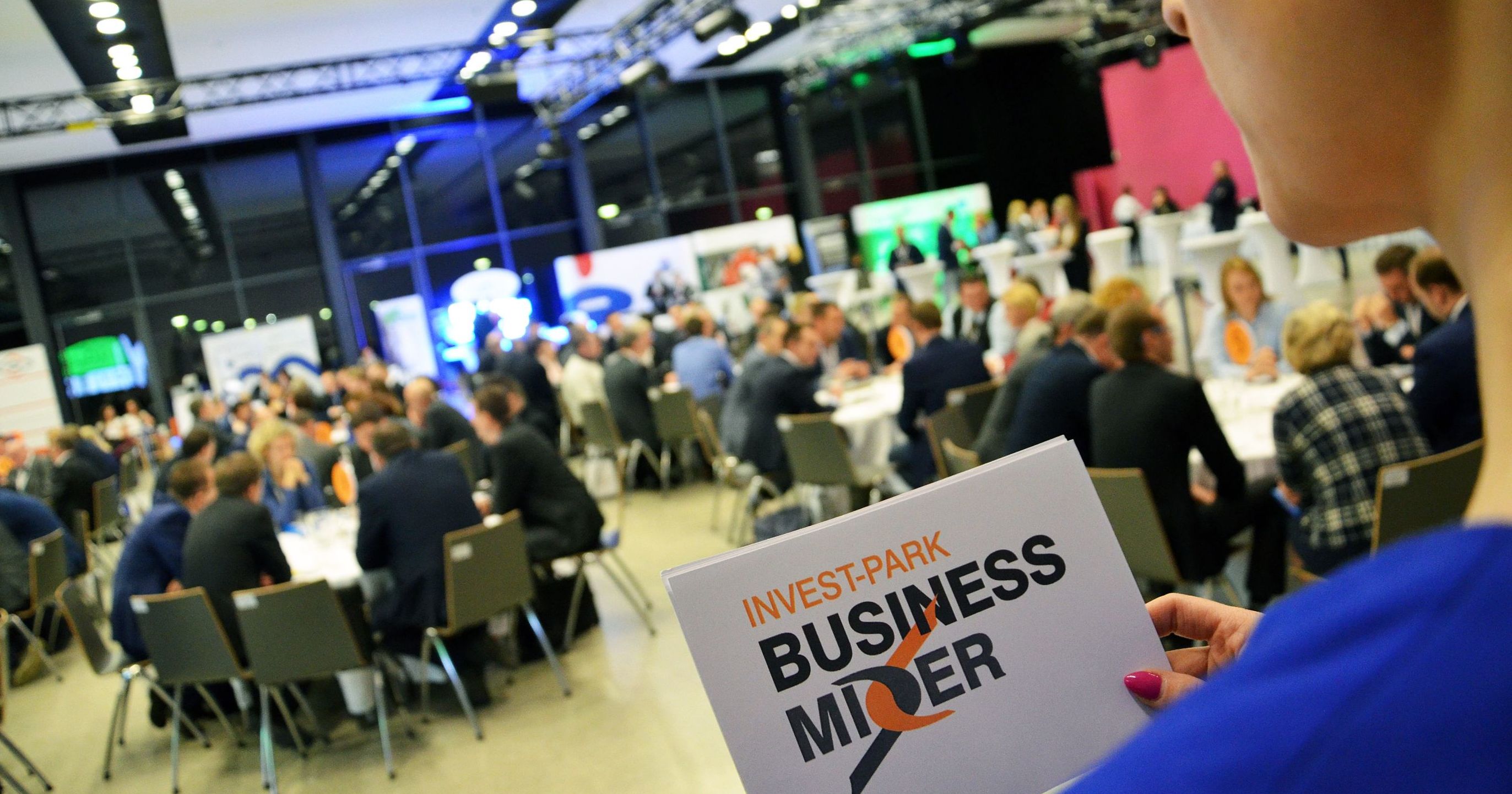 150 companies, two minutes to present the offer, four presentation sessions, several dozen new contacts – this is the first edition of INVEST-PARK Business Mixer in a nutshell. It has been the largest event of this kind in Lower Silesia. The meeting was organised by the Wałbrzych Special Economic Zone in the Centennial Hall in Wrocław.

The idea of Business Mixer resembled the formula of speed dating, which originated in the USA. Entrepreneurs sitting at circular tables presented their offers in turns. They had exactly two minutes. When the time elapsed, a bell rang. After all those sitting at a table had a chance to speak out, the entrepreneurs moved to the next table and talked to other participants.

“The formula turned out to be huge success. Limited presentation time forced the entrepreneurs to maximally focus on what they say and what the other participants present. A very high level of concentration and involvement was palpable throughout all the four sessions. At the end of the meeting, each participant was holding several dozen business cards, which means establishing the same number of contacts with potential business partners,” explains Barbara Kaśnikowska, President of the Wałbrzych Zone. “I also took part in the Mixer and presented our offer to about 40 people. Some of them showed an interest in investing in the zone,” she adds.

Among the participants were representatives of many industries, including the home appliance, automotive, metal and plastics processing, as well as service providers – telecommunications, event organizers, advisory and training firms. During their two-minute presentations, the entrepreneurs often used folders, samples of their products, and even short films and presentations on tablets.

“It’s the first time I’ve taken part in an event like this, and it has exceeded my expectations. The number of conversations, their quality and specificity turned out to be really fruitful. We must remember that in business time is money. I already see the first effects. About 90% of the people I talked to were interested in our offer, so it was a great chance to make new business contacts,” says Daniel Skarżyński of Berendsen Textile Service.

Representatives of almost 30 companies functioning in the Wałbrzych Special Economic Zone took part in the meeting. For them, Business Mixer was an opportunity to establish contacts with smaller firms from outside the zone. Apart from presenting their offers, the entrepreneurs could talk with selected partners during the second, networking part.

“Some firms could go on for hours talking about what they do. However, it was necessary to choose the very ‘essence’ of their activity, and present it in an appropriate way. These short statements constituted an introduction to longer, less formal discussions. Now we can pass on the newly-made contacts to the appropriate departments in our companies. Perhaps they will result in long-term cooperation,” says Robert Smirnow, President of Nysa Zakład Pojazdów, a company functioning in the Strzelin subzone of the WSEZ.

Over 240 companies expressed a willingness to participate in Business Mixer. 150 of them were invited to take part in the event. They were mostly firms functioning in south-western Poland, i.e. the area covered by the Wałbrzych zone. The main sponsor of the event was NEO LABS, a telecommunications company whose flagship product is the technologically-advanced telephone switchboard NEO PBX. Other sponsors included: Roedl&Partners, Power Events Kompleksowa Organizacja Imprez, PKO Bank Polski, Spec Bau Polska, Alsan Spedycja I Transport. The Olesiński & Wspólnicy law firm became the contents partner while LUX MED Group – the medical partner.

“Although ‘speed dating’ doesn’t sound very serious, this formula proved to be very helpful in business. Short, two-minute meetings can evolve into long-term business relations. We are already thinking about the second edition of Business Mixer, which we would like to organise in June next year,” Mrs. Kaśnikowska summarized.