Fifteen years of the Żarów Subzone

Over 100 ha used by investors who have spent more than PLN 1.1 bn, thirteen tenants and 2,300 employees – two decades ago, hardly anybody would imagine that Żarów could become one of the most dynamic areas within the Wałbrzych Special Economic Zone “INVEST-PARK”.

The jubilee gala marking the 15th anniversary of establishing the Żarów Subzone attracted many special guests, among them representatives of Japanese, Italian and Polish firms, business people and scientists, mayors and politicians from the neighboring towns, and many people who have contributed to the establishment and development of the subzone.

“The honored guests gathered here prove how important this event is, and how much the inhabitants of Żarów, the gmina and the entire region benefit from the functioning of companies in Żarów,” said Maciej Badora, President of the Wałbrzych zone.

The mayor of Żarów thanked the tenants and their representatives for creating a positive economic image of the gmina. He also appreciated the role of the management board of the Wałbrzych zone.

“Today, when we are celebrating the 15th anniversary of the Żarów zone, we can clearly see the scale of changes resulting from its functioning. Each new facility, which offers jobs to people and stable growth to the gmina, makes us very happy. I would like to thank you for your innumerable initiatives, kindness, involvement and great determination,” said Leszek Michalak, who hosted the jubilee celebration.

The guest of honor was Ambassador of Japan to Poland Shigeo Matsutomi. The ambassador presented the mayor of Żarów with the Award of the Minister of Foreign Affairs of Japan, which is given in recognition of outstanding contribution to promoting friendly relations between Japan and foreign countries.

“When Japanese companies AKS, Yagi, Daicel and Bridgestone set up their factories in the subzone, Żarów became one of the most important destinations for Japanese investors,” Ambassador Matsutomi said.

Mayor of Żarów Leszek Michalak and Deputy President of the WSEZ Michał Szukała presented representatives of firms that invested in Żarów with special tokens of gratitude for their reliability and actions for the local development. 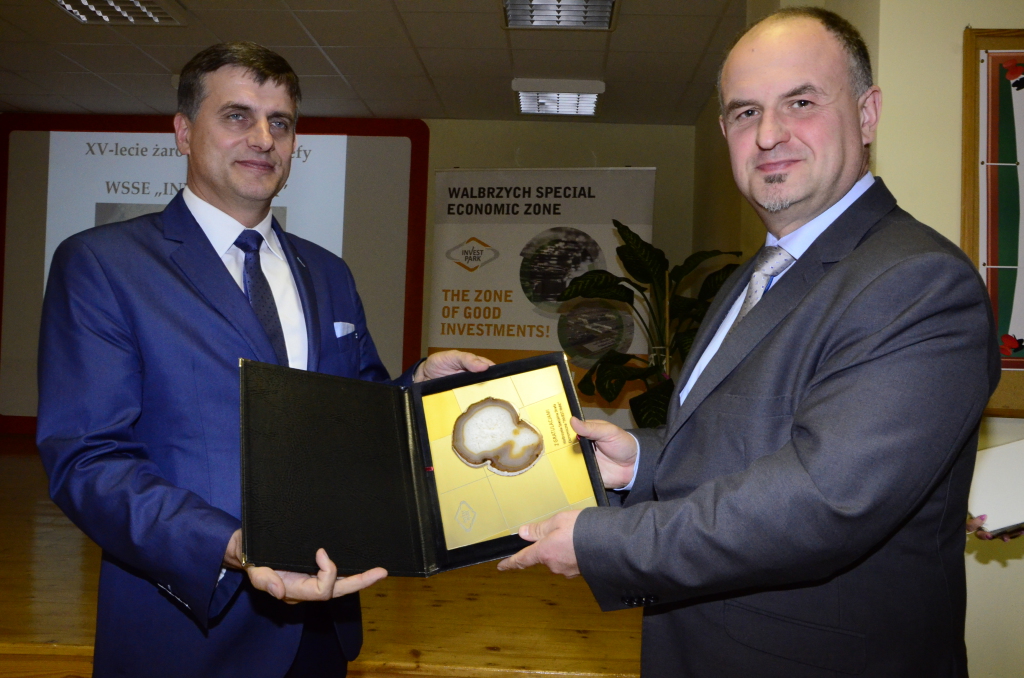 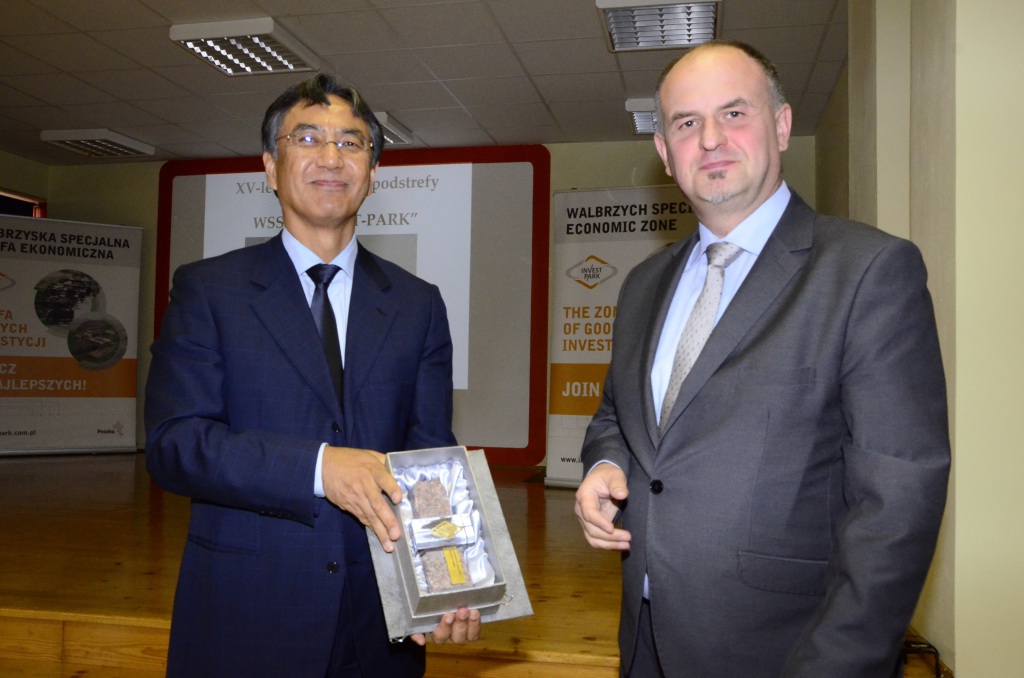 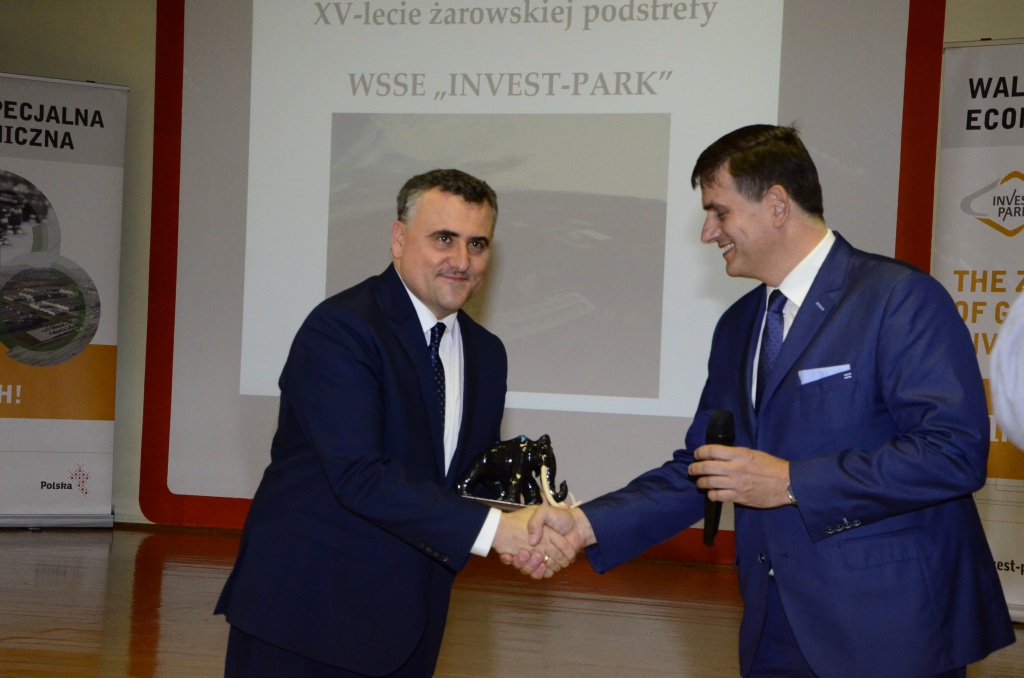 Mayor Leszek Michalak presents an award for creating the economic image of the gmina of Żarów to Deputy President Michał Szukała, who accepts it on behalf of the Management Board of the WSEZ “INVEST-PARK” 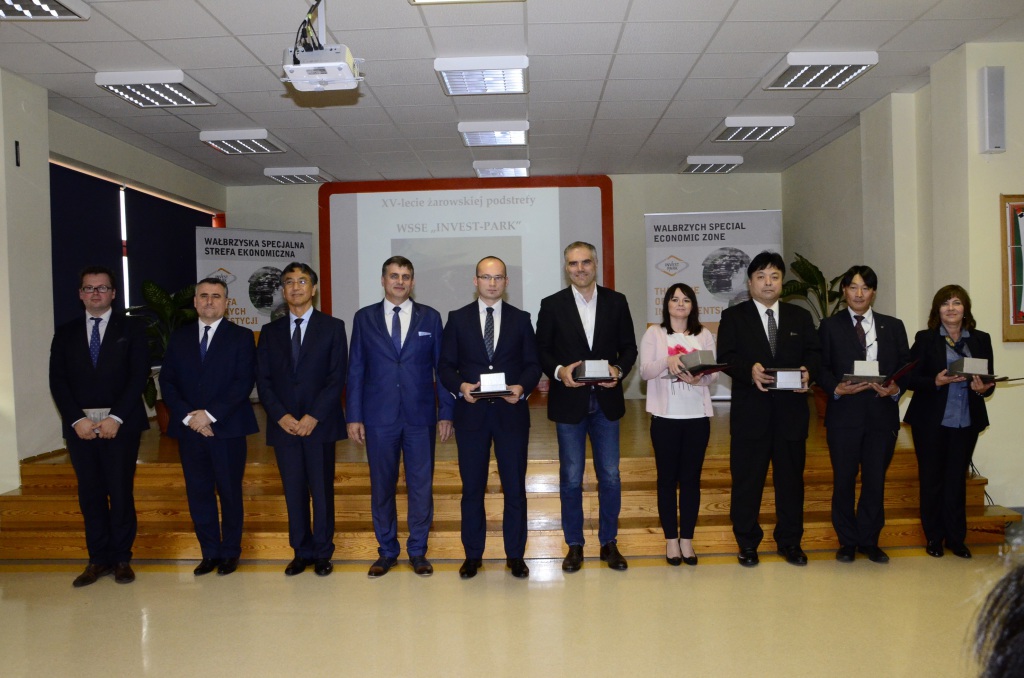